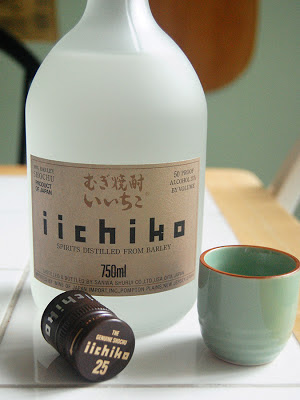 I was asked recently if I'd like to try a sample of shochu from Japan. The nice thing about e-mail is that I got the opportunity to figure out what shochu is before replying. While the name was vaguely familiar, I knew nothing about the distilled spirit, and initially confused it with some horror stories about baijiu from friends that have spent a lot of time in China. I was very mistaken.

Shōchū (焼酎) is not saké, but instead is a sort of mild vodka that originated in Persia and made its way to Japan by the 16th century. Unlike the usual 40% common with gin, rum, whiskey, and vodka, shochu is usually just 25% alcohol and is often further diluted with water or tea. Sometimes hot, sometimes cold.

This is the entry level shochu from Japan's best selling producer, Sanwa Shurui Co., Ltd., who only began making it in 1979 as an offshoot of their saké production. The name iichiko is the Kyushu dialect variant of ichiban, meaning "number one" in English. Throughout this review I'll keep it in all lowercase as it appears on all of the promotional material, and also because Iichiko looks a bit confusing in many fonts. 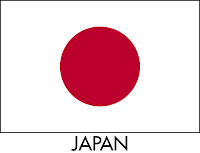 I tried it straight at room temperature. It's milder than you initially expect, with just a little bite on the back end. There's a slight nuttiness combined with a hint of citrus. Oddly, it reminds me of certain brown ales even though it is nothing like beer. Imagine distilling the essence of just the notes that are in the background, and that's what this is like. 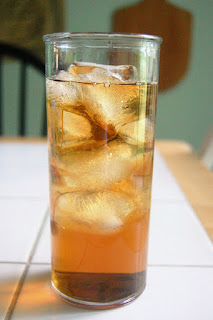 I'm in general not a fan of warm alcoholic beverages, but one of the many ways shochu is enjoyed is with iced oolong tea. (I'm more of a tea drinker than a coffee drinker, though I rarely write about the former.) With a 3:2 ratio of tea to shochu and the addition of ice, you're getting a pretty mild beverage.

This was delicious. The oolong I picked up was particularly earthy and vegetal, two aromas that I adore. The shochu brightens it up a bit, and while it's obvious that there is a distilled spirit in the glass, it's not overpowering. Quite tasty, and highly recommended for my fellow southerners who want a fun way to enjoy this product that is starting to get quite popular in certain parts of the country.

Note: This bottle was provided as a sample.
Posted by Unknown at 12:30 AM