This post brings back so many great memories, and should be a reminder that wine treasures can be found in the most unexpected places.

Last week I had the pleasure of spending an evening with the incomparable Samantha Dugan at the home of fellow Memphis wineblogger Michael Hughes. She and her husband had planned a visit to Louisville to visit their son on his 21st birthday, but decided to make a detour in order to meet up with Michael and me and to see some of the interesting sights of our dear River City. We had an amazing dinner of braised lamb shanks, stuffed eggplant (courtesy of Justin & Amy), roasted corn, and other delicacies, all accompanied by a slate of spectacular French wines that Sam brought with her as well as some wonderful Pacific Northwest wines provided by Michael. It was also the first time in ages that I've just sat down and simply enjoyed a bunch of great wine without taking notes, so hopefully Sam or Michael will fill in some of the blanks. 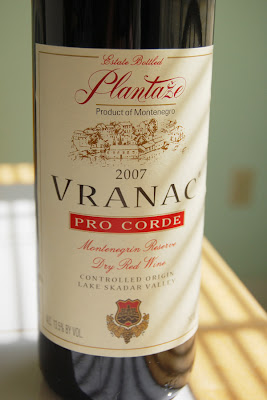 In the e-mails and messages leading up to the visit, she offered to bring me a bottle of wine, and told me to go to her store's website and pick something out. Would I make her day and pick a nice Champagne or Burgundy? No, a leopard can't change its spots and neither can a freckled wine lover. My eyes went straight to the Wines of Eastern Europe section, and I asked her for anything from the former Yugoslavia. She consulted her boss and brought me the 2007 Plantaže Vranac Pro Corde. $17, 13.5% abv. 100% Vranac (which means "black stallion") from the Podgorica region of Montenegro. Pro corde is a sort of Latin tag for "heart healthy", which is interesting because such claims are generally forbidden in the American wine market. The label used to feature a little EKG graph.

This starts out a little tart and tannic, but with only half an hour of breathing it smooths out and reveals its true character. The wine is mild and light with dominant black cherry and black pepper aromas. Touches of leather and chocolate. Cherry and fig flavors follow with a long, smooth finish. A lot of Eastern European wines are far more mild and subtle than you might think. Somehow it went really well with the hearty portion of garlic in the meal shown below. 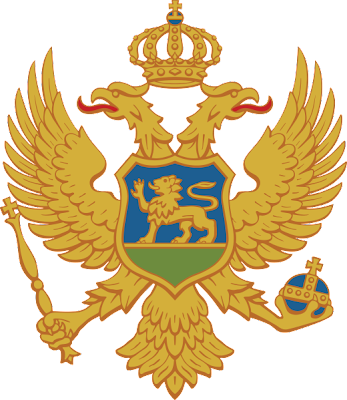 When Yugoslavia broke up in the 90s, Montenegro was an on again/off again part of Serbia. It's an independent nation as of 2006, and I had intended to do a whole Montenegrin dinner. However, it's difficult to find recipes that specific in English, and Serbian cuisine is a bit more well-represented by the international food writing community. What follows are Serbian recipes and spellings, though my understanding is that variations on these dishes exist throughout the former Yugoslavia.

(Side note: in my research phase I realized that the only person I know of Serbian heritage is an eight year old boy who's a quarter Serbian based on ancestors that came over to the US over a hundred years ago. Grace informed me of the boy's opinion of Serbian food sampled at a family gathering: "They have good cheese." I've always wanted to publish his cheese reviews here--another project for another day.) 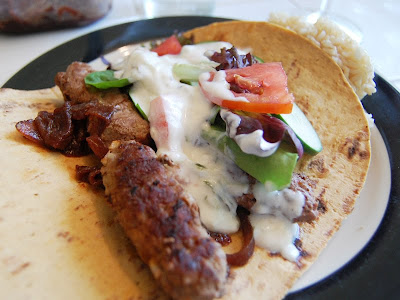 I made a batch of ćevapčići, little skinless sausages that are grilled and served with flatbread. Often these are made with some combination of ground meats, but I didn't want to make a lot of them. I stuck to beef and used plenty of paprika and garlic to amp up the flavor. I prepared a tub of tzatziki sauce the day before and served the ćevapčići in the style of a gyro or döner kebab. I threw some onion marmalade on it, and there's a little spiced brown rice hiding in the background. These little sausages are amazing, and pretty easy to make. I think it might be a fun way to play around with different sausage recipes without the grinders and casings and everything else. 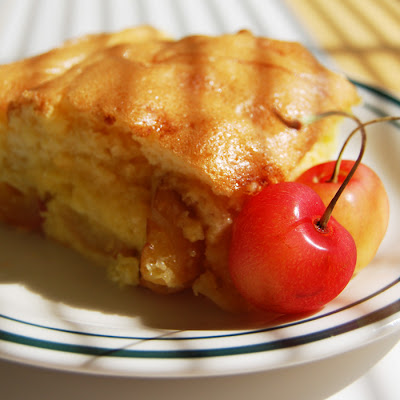 In looking over recipes and reading about Serbian food, I kept seeing references to cherries, particularly sour varieties that are preserved, made into spreads, and baked into desserts. I had a lot of sweet Rainier cherries on hand, and decided to use those in višnjak piskóta, a very eggy cake that's sort of like Yorkshire pudding. I added some Luxardo Maraschino liqueur to the batter to increase the cherry flavor. It's good, but probably better for breakfast where the massive egg content makes more sense.

I plan on investigating Slavic cuisine further, since it's such an interesting fusion of Greek, Italian, Hungarian, Austrian, Turkish, and other traditions. In the meantime, sincere thanks to Sam for her gracious gift, and I promise I'll try to pay some more attention to French wines in the future.

The Montenegrin Coat of Arms shown above is a Creative Commons-licensed image from Wikipedia.
Posted by Unknown at 12:30 AM