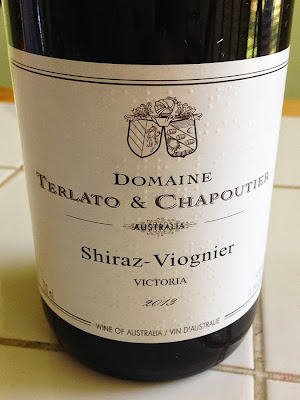 Domaine Terlato & Chapoutier is an Australian winery founded by Anthony J. Terlato and Michel Chapoutier based on a friendship that goes back to the 1980s.

I've said it many times before, but Viognier does such a great job of softening the edges of Syrah/Shiraz in the style of Côte Rotie. Not to say that the latter grape is harsh, but it's a pairing that works so well and in such a peculiar way. Just a little splash of the white wine and you've got a lovely and different red.

Though made in Australia, this Chapoutier collaboration includes his standard Braille labeling in honor of a friend and family member who found purchasing wine difficult while sight-impaired.

Light cherry and violet aromas with delicate red stone fruit flavors. On the palate it shows medium tannins with a lovely finish. This is a tremendous bargain and I'd serve it with a pork tenderloin, stuffed with walnuts and apricots and lightly seasoned. It's one that doesn't need too strong of a food pairing so as not to miss the lighter elements.

Note: This wine was provided as a sample for review.
Posted by Unknown at 4:32 PM 56 comments:

My latest article for Snooth is up... Switch Things Up: St. Patrick's Day Wines. I have a lot of fun with these wine and food pairing pieces for them. I take a lot of the wine samples I've tried recently (or some that are theme-appropriate) and check out interesting combinations at local restaurants that don't have wine lists and employ a friendly BYOB policy. It's fun to share with friends and staff and recommend local wine shops where they can find these bottles. Always happy to make converts and get people excited about trying wine in new ways.

Check it out--there's more of a connection between wine and Ireland than you may have first thought! Sláinte!
Posted by Unknown at 3:15 PM 46 comments: 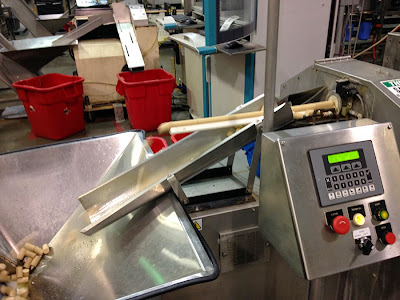 Many people wonder what I do for a living when I'm not trying wine and food together, and while I don't go into specifics due to media policies at my employer, I can talk a bit about the concepts of quality assurance in an article for the synthetic cork factory called Nomacorc:

Getting the Muda out of Your Gemba: Lean Manufacturing at Nomacorc

The title of the article sounds cryptic but a big part of Lean Six Sigma and related efficiency philosophies is that you start learning some Japanese and begin integrating the phrases into your everyday conversation.
Posted by Unknown at 7:39 PM 35 comments: 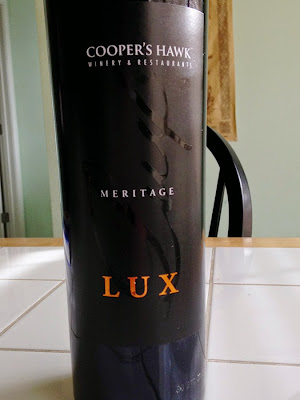 You don't really think of Chicago as a winemaking region, but back during Prohibition it was second only to New York City as a market for California grapes. Most people don't know that you could legally make 200 gallons of wine a year for home use during that time, with other exemptions for religious consumption. According to When the Rivers Ran Red: An Amazing Story of Courage and Triumph in America's Wine Country by Vivienne Sosnowski (which I reviewed in 2009), lots of west coast fruit made it to the Windy City via train:

Chicago, California's second most important grape market, took 7,000 cars of California wine and table grapes in 1924. Nearly one-third of Chicago's inhabitants were foreign born, including 138,000 from Poland, 112,000 from Germany, 59,000 from Italy, 30,000 from Austria, and 5,000 from France. On one day alone--October 20--289 cars of California grapes arrived in the city, most of them destined for wholesalers on South Water Street.

Cooper's Hawk is a winery and restaurant based out of Orland Park, a suburb of Chicago. Sourcing grapes from California, Oregon, and Washington, they make wine at the main facility and distribute it to their restaurants in Illinois, Florida, Indiana, Missouri, Ohio, Virginia, and Wisconsin, as well as through their website.

The company has recently launched a green initiative involving recycling wine bottles. From the press release:

In 2012, founder and CEO Tim McEnery installed a state-of-the-art wine recycling line (the only one in the US) that de-labels and sanitizes up to 2000 wine bottles per hour. This year alone, Cooper’s Hawk has saved over 215 tons of glass from landfills and 1 of every 5 bottles is reused again for upcoming vintages. 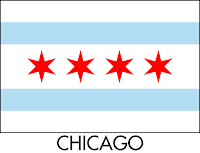 The blending makes it difficult to determine the age of this wine, but on whole this release presents as relatively young. It shows firm tannins with dominant aromas of plum, and black cherry. Dark fruit flavors follow through with a long finish. While a great steak wine at the moment, it will definitely show some improvement in the next five years as the bold body softens.

Note: This wine was provided as a sample for review.
Posted by Unknown at 4:36 PM 1 comment: