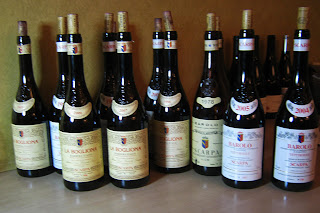 You are in a Chinese restaurant in Manhattan in a room full of strangers that you've only met through a computer network. You have been invited to try Italian wines that haven't been sold in the United States for twenty years. Your mission is to write about them.

There are moments in my life when, faced with a new situation, I wonder what ten year old me would think about it. Around that time, I can imagine such a scene as the start of a Choose Your Own Adventure book. I've traveled quite a bit in my lifetime and have gotten to do some amazing things, but there are still those unique experiences I think that ten year old would love to read about and dream about having.

The whole weekend was built around the Snooth PVA event, but for my fellow wine bloggers and me, most of our time was spent in two-hour tasting sessions focused on a specific wine region or producer. Our first was hosted by the charming Martina Zola of Scarpa, a Piedmont institution for 150 years. While that's relatively young in Italian terms, it's even more impressive that so much of the fame of Scarpa is a result of the 20th century enologist Mario Pesce, spoken of in reverent tones by Zola. In describing his ideal for his wines, he had three words: "Sunday lunch in Piedmont". Sunday lunch in the region can last for four or five hours and includes many courses, and his point was that wines need time to develop, time to mature, and time to be savored. It's a perfect concept for Barolo, which can take ten to twenty years to reach its true potential.

(A lot of these tasting notes are going to be somewhat incomplete--we were balancing information about the wines with our own notes, the comments of each other, and the comments coming from the hosts. After a while, I worry about cross-pollination of specific notes, so some of my reviews may be more general.) 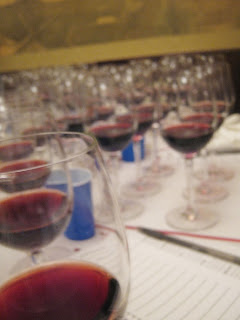 The first part half of the tasting began with Barbera d'Asti "La Bogliona", so named after an ancient Roman road. These wines are made in massive, 2,000 gallon oak casks known as botti. (I've slept in cabins much smaller than these casks.) The botti aren't really broken in until they've been used for three years, reach their best performance at fifteen years of age, and can continue being used to make wine up to thirty.

2005 Scarpa Barbera d'Asti
La Bogliona
$68
Much was said about the sandy soil which contributes to the character of Barbera d'Asti. This bottle was quite similar to the 2006 but showed a promising aging trend.

1998 Scarpa Barbera d'Asti
La Bogliona
$58
My table's bottle of this wine was unfortunately oxidized, and we did not get a chance to try a different bottle. However, we were quickly rewarded with...

1997 Scarpa Barbera d'Asti
La Bogliona
$95
Great vintage with a strong summer storm that damaged the grapes, leading one of the older vineyard workers to comment that "God made the harvest." Very limited production, and we were lucky to try it. Perfect red berry flavors with a soft, melt-in-your mouth finish. Finally, after all the years, the fruit and acid and barely present tannins combined in perfect balance. Highly recommended if you can find it. 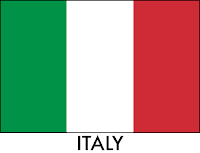 I was excited to try the Barolos. It was my first chance to try this region since the 2008 tasting with my friend Mike Whitfield here in Memphis. We tasted Barolos from 1967-1996, representing many producers.

2005 Scarpa Barolo
Tettimora
$74
Initial aromas of spearmint and tea, with a chewy mouthfeel. Still quite young, but fascinating texture.

2004 Scarpa Barolo
Tettimora
$88
Similar to the 2005, but developing a meatier aroma and a milder body. Firm acidity with a puckering finish.

2003 Scarpa Barolo
Tettimora
$98
After ten years, the acidity and tannins are beginning to get softer, again, reaching a more ideal balance of elements. Zola spoke about how the aging cellars are not equipped with modern heating or air conditioning: temperature control is managed by the fact that it's 5m/15' underground and the occasional opening or closing of doors to moderate the little climate of the cellar.

2001 Scarpa Barolo
Tettimora
$130
Many vertical tastings are like a trip back in time, and this bottle was almost perfect in the progression of age. The fruit holds up so well in these wines.

1999 Scarpa Barolo
Tettimora
$105
Even after 14 years, this wine still had some tannins and acidity clinging to it, delivering an amazing flavor but still surprisingly strong. Most grapes would have given up all flavor long ago, but Nebbiolo has this incredible power to maintain.

1987 Scarpa Barolo
Tettimora
$250
My favorite of the tasting, and one that reinforced my feelings about Barolo in the sweet 20-30 year age range. Perfect balance with the acidity and fruit softened to a mild, relaxing experience. I can't suggest serving this with any food, but rather a wine of this stature needs to be sipped calmly and carefully over the course of several hours. And over time, the wine did open up and develop some new elements.

1978 Scarpa Barolo
Le Coste di Monforte
$500
With the fruit and acidity completely subdued, this Barolo had gone in another direction to meaty and earthy elements. My experience with the Barolos of the 1960s and early 1970s was again validated. It is an amazing, rare, and wonderful opportunity to try a much older wine, but side by side I have to say that the 1987 was much better.

For these Snooth PVA weekend posts, I'll also be linking to posts about the same tastings by some of my fellow wine bloggers new friends, and I'll add their posts as they come up. Right now you can read the different perspectives from these fine writers: VineSleuth "Wines of Scarpa (Piedmont, Italy)", Wannabe Wino "Scarpa via NYC", My Vine Spot "The Wines of Scarpa Master Class with Snooth", Wine Julia "Snooth PVA: Wines of Scarpa"

Note: This trip was provided by Snooth.
Posted by Benito at 12:30 AM

Thank you for your review of this wine. I don't really like wine, but I think all wine lovers will find your review useful. In order for more of these people to read your review, I advise you to post it on Instagram, and don`t forget to buy instagram followers and quickly increase their number.