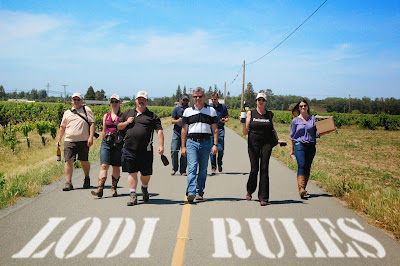 Out in California, you'll see a lot of wine certifications outside of the USDA Organic or Demeter Biodynamic system. While in Lodi, many of the wines we tried (but not all) carried the symbol of The Lodi Rules for Sustainable Winegrowing. We had a bit of fun with the term in the spirit of "San Dimas High School Football Rules!" as can be seen in the above photo that I put together while walking past the Kirschenmann Vineyard operated by Turley. The term was also used in an affectionate way as referring to the casual, fun spirit of Lodi. But there is a great concept behind the certification. 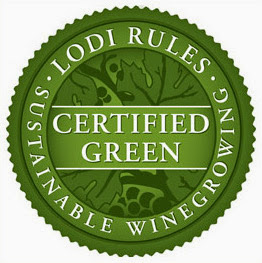 The Rules are fairly simple but are followed faithfully with auditing by a third party organization. Why not go with the official organic or biodynamic certification? Well, that's not always what is best for the land, and the growers in Lodi are attempting to conserve the land in the smartest way possible for the next generation and beyond. Bear in mind most of these folks are working the same patch of land that their families have been farming for five or six generations, and there is a strong desire to keep it going.

An example that was commonly offered was how to deal with leaf mites. You can use traditional pesticides and kill off everything except for the vines. Or you can go for the organic alternative, but that also kills off everything--the good and the bad bugs in your little farm ecosystem, and after the spray washes off, you're headed back out there several times before harvest. However, there's a modern chemical alternative that just kills the leaf mites and doesn't bother the ladybugs who kill the aphids, the birds that eat the gophers, or anything else that lets nature take its course while still having productive agriculture. Even better, you only have to spray once, so not only does it save time, but you end up having a more natural life cycle for the vines. 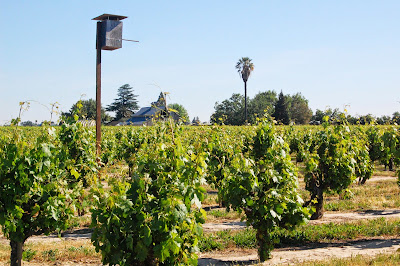 We got to see this kind of agriculture in operation out in the fields of Mohr-Fry Ranches, where grapes are grown for St. Amant Winery among others. In the foreground you can see an owl box, a small birdhouse that Lodi Rules growers build to encourage the habitat for small owls. But in the background is a gigantic palm tree that has been home to generations of gigantic hawks who take care of the rabbits and other small prey that come out in the daytime. By encouraging an environment that is welcoming to natural predators while at the same time making judicious use of modern technology, they are able to supply many well-known wineries as well as producing a line of heirloom beans that is gaining in popularity. 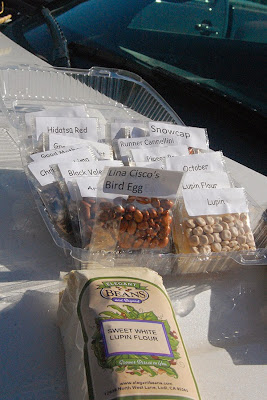 I was a little disappointed that we didn't get to spend more time talking about heirloom beans (seriously, I rarely meet someone who appreciates a good Christmas Lima much less grows them), but Mohr-Fry also grows cherries and other fruits on their beautiful family property that goes back over 150 years.

I'll also note that Lodi Rules is not an entirely either-or proposition. We saw many vineyards where one patch was conventional, another patch was certified Lodi Rules, and a third patch was certified organic, depending on what the various customers wanted from the growers. All got equal attention, but presented their own challenges and rewards. Still, I think that such local sustainable certifications are a great option for farmers who want to work their land in the way that works best for their particular patch of the earth as well as what will ensure fertile ground for decades to come.

Note: This trip was sponsored by Lodi Wine and Snooth.
Posted by Unknown at 4:28 PM