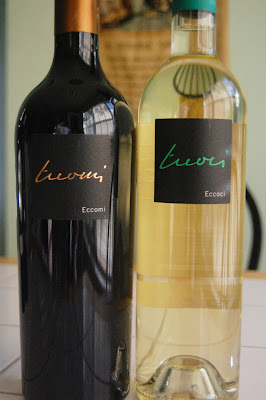 It wasn't until going back over the tech sheets later that I realized I'd just tried two grapes for the first time. The white contains Petit Manseng, an old grape from southwest France, and the red is primarily Marselan, a cross between Cabernet Sauvignon and Grenache developed in 1961. This brings my life list to 180, meaning that the Doppel level of the Wine Century Club is a bit closer. There was a time when I'd try a dozen new grapes in a week, but nearly nine years later, it's a pleasant but rare surprise when I get to try something new.

Speaking of surprises, I had to keep checking to make sure that I hadn't mixed up my notes. EccociWine is based near Girona in the Catalonia region of Spain. There is a firm commitment to environmentally-responsible production, and it is Spain’s first CarbonZero certified winery. But they are not committed to local, indigenous Spanish grapes, meaning that the varieties grown there are mostly French in heritage. These are creative blends that look more like Languedoc than Northeast Spain.

(As a side note, I love that the script on the labels is nearly as indecipherable as my own chicken scratches.)

The name "Eccoci" means "here we are", and the wine itself definitely has a presence. It has a big, round body with lots of bold white fruit, yet the acidity is low without being flabby. I got scents of peach and pear with nice citrus blossom notes in the background, and just the barest touch of sweetness on the finish. It's a fascinating balance and a bottle that I think is paired best with conversation. Even after trying thousands of wines, I enjoyed talking about this one. Highly recommended. 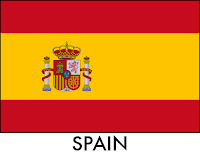 This wine is singular, with a name meaning "here I am". Bright red plum aromas with touches of leather and chocolate on the nose. Medium tannins with a deep black plum flavor and a touch of spice on the finish. I'd certainly recommend a bit of breathing, but once it mellows it will be a perfect wine to enjoy this winter with slow braised meats and root vegetables.

Thanks for the heads up on the Ecocci blanco, might as well try it when I have a chance. Cheers!