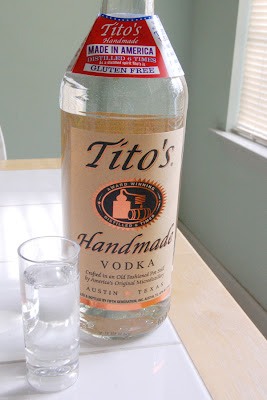 Vodka is a complicated subject for me. I've had good and bad vodka. I've had it from a half dozen different countries and in many different preparations. Ideally a great vodka has little flavor or aroma. When doing a comparative tasting of different spirits, the idea is to evaluate smoothness and ease of consumption. Yes folks, it is possible to discern separate vodkas in a blind tasting, and using a Brita water filter to smooth out a cheap one doesn't quite work. I am not a vodka expert--when it comes to the clear spirits I prefer rum or gin. But I was highly impressed with this offering from the traditional vodka producing region of... Austin, Texas?

This corn-based spirit is made by Bert Butler "Tito" Beveridge II, whose nickname Tito is shortened from the diminutive "Bertito". Hmmm... Benito, Bertito, Beartato. Beveridge studied the methods and equipment of artisan moonshine producers, and developed his own spirit that performed well against existing vodkas. He established the first and oldest legal distillery in Texas. 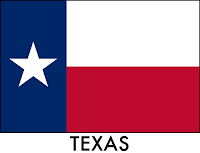 It does in fact go down smooth and slightly sweet (although there's no additional sugar involved here). While certainly enjoyable at room temperature, at freezer level it is even better and glides down with a cool tang. The shoulder tag proclaims that it is gluten free, and while technically all pure spirits are gluten free, flavored ones are not and aren't typically labeled as such. The back label informs us that this is distilled a whopping six times. Cognac is smoother than Armagnac because of the simple act of double distillation versus single distillation. Like Cognac or good Scotch, Tito's is produced in small batches in traditional copper stills.

While I think this is quite pleasant by itself, I did have to try it with something where it wouldn't get overwhelmed... 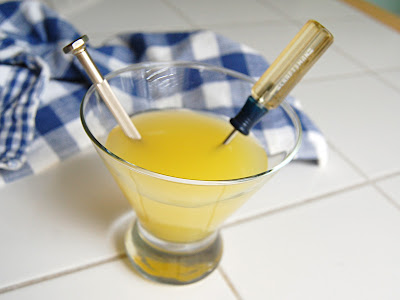 Dead simple, and good on its own or over ice. I've garnished this one with two personal favorite screwdrivers: a recent 3mm flathead jeweler's screwdriver and a vintage Craftsman Phillips head (made in the USA) that's probably older than I am. I know that I've been carrying it around in my bag of tools since I was old enough to start taking things apart.

Folks, don't really garnish your drinks with screwdrivers. The acid isn't good for the metal and if you've actually been using them for real work on motors and carburetors and electronics you don't want those industrial solvents and lubricants in your beverage. But if you want to serve whimsical cocktails at a hipster party, get a few plastic toy screwdrivers.


Note: This bottle was received as a sample.
Posted by Benito at 12:06 AM

if vodka is made from corn, isn't it just white lightning?

I believe the defining characteristic is legality. (Ciroc's made from grapes, for Pete's sake.) Let's hypothetically assume that I've sampled some backwoods mountain dew, hooch, and moonshine. Hypothetically you're looking at single distillation and mediocre filtering at best.

That being said, I'd really be curious as to how this tasted after a few years in an oak barrel, maybe an old sherry barrel.

I was at a bar in Chicago (Sable: www.sablechicago.com), and it was a pretty neat touch to see a list of all their vodkas showing the raw material that was distilled. Corn, Potatoes, Grapes, Wheat, People (wait, the last one was Soylent Green).

Not a huge Wodka guy either... also prefer Gin (which is basically vodka with juniper berries in it). Someone did leave a bottle of Tito's at my house, so I'll give it a whirl, perhaps in a martini as a nod to my 102 year old grandpa who still drinks 1-2 martinis a day (take that, teetotalers).

Let's cut to brass tacks here: do you really think his last name is Beveredge? If so, this path was meant for him... sort of like Anthony Weiner.

Let me know what you think about it. It's one of the more interesting ones I've had, aside from that Polish buffalo grass vodka.

Let's cut to brass tacks here: do you really think his last name is Beveredge? If so, this path was meant for him... sort of like Anthony Weiner.

If that's the case, I'm destined to push a cart like my distant ancestors. I think about it a bit every time I'm at the grocery store.

It's interesting to read about the similarities between the distillation of this vodka to cognac & armagnac. Find out more about cognac here - http://www.cognacreview.com/