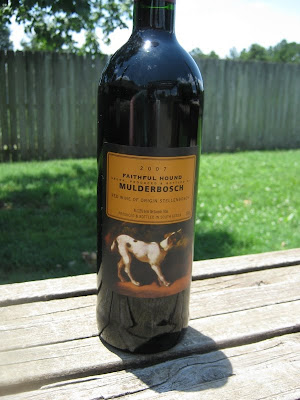 A curious thing happened in my home state, and I was completely oblivious about it. Tennessee decided to finally catch up to the practice of Greek wine merchants 3,000 years ago and allow customers to sample a bit of wine inside the shop. Previously stores had to set up a special tasting with a restaurant that had a liquor license, but no more. Where did I first hear about this? From wineblogger and all-around cool dude The Wine Commonsewer, who operates out of California but spent some of his military younger days in my fair town. And because I pour more free samples of wine down the drain than most people purchase, I don't spend a lot of time in my local retail shops, for which I deeply apologize.

A week after the new freedom, I popped into Kirby Wines & Liquors as I do when I'm in the neighborhood. Angela Moon spotted me from the upper level, and we tried an Argentine Malbec at one of the brand new tables. I always love tasting wines with Angela, because on the few occasions in which we've participated in blind tastings, our scores have been pretty close. It's always good to find a wine retailer whose palate matches your own.

She directed me toward a wine that hit all my buttons: a Bordeaux blend from South Africa that features a dog on the label. And not just any dog, but the abandoned yet loyal mongrel of a farmhand that stood guard for his master three years after his death. Read the story, finish crying like I did, and come back to the tasting notes. If you buy this wine, please toast the memory of faithful Boes with each glass. 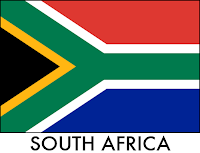 Classic Bordeaux blend that is much more old world than you'd think. Lots of green bell pepper, tobacco, tomato leaf, very Médoc nose. Mild cherry flavor with medium tannins. As it breathe you get deeper elements like beef broth and cigars. Lots of complexity here, and as I've always said, a wine with a story goes a long way during a dinner. You can say, "Here's some purple grape juice that was pumped out of a factory in Los Angeles." Or you can say, "I can show you a photo of the oak tree under which this remarkable dog was buried, for he had such devotion to his owner."

Enjoyed with a thick porterhouse steak, served with fire-roasted onions, peppers, and mushrooms. The earthy elements of the veggies combined with the vegetal profile of the wine was a winning combination, and of course the resident dogs were happy about the occasional drops of beef fat that hit the ground. Normally they'd be shooed from the kitchen, but with this wine... we're gonna let it slide.


Note: This wine was received as a sample.
Posted by Benito at 12:58 AM