Every year around Thanksgiving, my thoughts turn towards the foods that are native to the New World. Cranberries, potatoes, turkeys, corn, squash, even chiles, peppers, and tomatoes. For your holiday entertainment, let's take a look at another native New World crop that doesn't often show up on the Thanksgiving table. 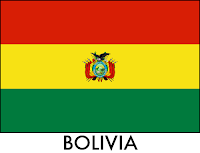 Back when I was a kid, and the Just Say No campaigns were in full force and Miami Vice featured cocaine plots and embarrassing pastel shirts on a regular basis, there were those whispers around the playground. "You know, Coca-Cola has cocaine in it!" "No it doesn't, it used to, but it doesn't anymore." "Yeah, but if you buy the stuff in the bottles it totally has cocaine in it. My cousin told me." "Your cousin is full of crap." Before the Internet, such arguments were settled by throwing pine cones at each other.

Since the current recipe is a secret, we don't know how much safe, denatured coca leaf extract remains in modern Coke, but for a history that goes past classic American soft drinks, you have to look at the coca-based herbal liqueurs of 1820s Bologna, produced and distributed by the powerful de' Medici family. Before that, the leaf had been cultivated, chewed, and steeped in South America for some 3000 years. 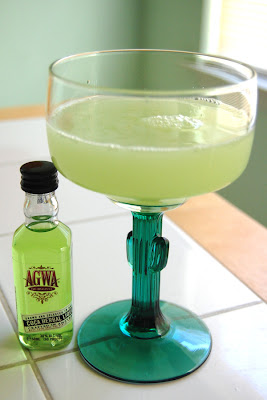 So it was with an interest in history that I approached the mini-bottle samples of AGWA de Bolivia Coca Leaf Liqueur. $35 for a standard 750mL bottle. Yes, it's approved for sale in the EU and the US, and it does not contain any cocaine. And at only 60 proof, it's actually lighter in alcohol than many other cocktail ingredients.

I first tried this over ice. Light (but artificial) green in color, and an unmistakable aroma. I opened up a can of Coca-Cola next to this, and it was amazing to isolate that particular ingredient. I expected it to be sweet (in the tradition of oddly colored, unusual liqueurs), but there's only a touch of sweetness involved. There's something that makes the back of your mouth tingle, and sort of a grassy, almost minty finish. There are over 30 other components in this herbal liqueur, including green tea and ginseng. At the end it reminds you of an iced glass of herbal tea, and is quite nice.

Later I tried one of the suggested cocktail recipes, making a traditional 3:2:1 margarita with AGWA in place of the Triple Sec. While there was nothing wrong with the finished cocktail, I felt that the tequila and lime juice completely overwhelmed the more delicate flavors and thus it was not an ideal showcase for it. 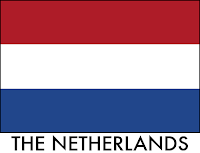 The coca is grown and packaged in Bolivia, but is processed, blended, and bottled in the Netherlands. Why? Up until 1931, the Dutch were manufacturing industrial levels of cocaine thanks to their coca plantations on the Indonesian island of Java. They have some experience in this regard, and while the cocaine is extracted for medical purposes, the remaining byproduct can be used as a flavoring in beverages like this. (In the US, coca is processed in the same fashion at a factory in New Jersey to produce the flavoring for Coca-Cola.)

There's an illusion of an illicit thrill that's being attempted on the marketing front, an alternate green beverage for those that have tried but hated Absinthe. Some of the ads feature a humorous warning sign stating that it contains coca leaves, and when you mention Bolivia and Amsterdam together like this, most people aren't thinking about llamas and wooden shoes.


Note: This spirit was received as a sample.
Posted by Benito at 1:32 AM

a fascinating piece of research, leavening w/ your typical wit, which i am reading at 11:57 p.m.

I must admit that this was one of the odder samples that has passed through my wee grubby paws. And it certainly wasn't how I thought I would be spending a Sunday afternoon...

Great and interesting research, loved it .

OH, and BTW , Have a fantastic
Thanksgiving Day holiday with family and friends,

Glad you enjoyed the post--there's a lot more about the legal and illegal uses of coca leaf, like a few years ago when Secretary of State Rice had to refuse the gift of a traditional Bolivian guitar from President Evo Morales because there was a real coca leaf embedded in the varnish on the back.

I hope that your fall/winter feasts are happy as well back in France!

Love your post. We received these as samples as well. Can't wait to taste them. While I am one of the few souls in the world who doesn't like Coca-Cola, will be interesting to taste them at the same time.

Anxious to hear what you think about it!