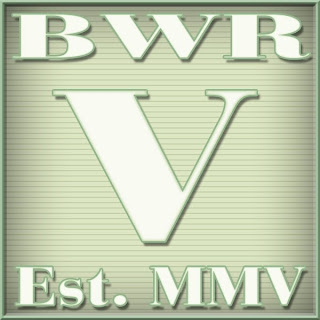 It's hard to believe that as of today, I've been at this little project for five full years with nearly 750 posts. I stopped counting the number of bottles and grapes a while ago, but it's been a fun ride thus far. 2009 was the first year I felt more like a wine writer than just a random guy with a website. I got loads of samples from wineries, got to travel, spent a lot of time talking to winemakers and other industry professionals, and discovered that many people are interested in my scribblings here.

What were some of my highlights of 2009? The series of posts on my trip to Sonoma in search of green winemaking, the joke cocktails on April 1, my first Mexican wine, the Ridge vertical with Fredric, redesigning the blog, an unforgettable meal at Grace Restaurant with Grace, the demon chicken, haggis tamales, Benito vs. the MRE, and of course, the controversial fried bull testicles,

Like I did last anniversary, I'm taking this opportunity to highlight some wine blogs I've discovered in the past year, and bloggers that I've gotten to know somewhat through e-mail. For a twist, these are all from the South. I love the fact that "flyover country" is developing a healthy wine culture. It's interesting to read the perspective of someone not in NYC or in California, where said culture has been more mainstream for a longer period of time and there's a more established tradition of wine writing.

In no particular order... 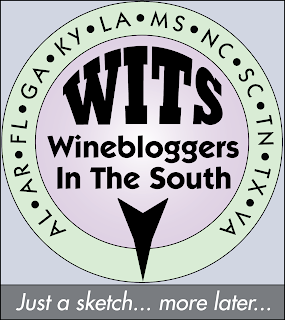 Suburban Wino, Atlanta, Georgia
Joe writes with a sense of humor and frequent pop culture references as well as a genuine love of wine. You're not going to get a shout-out to the B-movie Tremors from Robert Parker, but I think The Wine Advocate might benefit from the films of Fred Ward.

Wine Tonite, Atlanta, Georgia
This is a group blog that in addition to reviews provides interviews and commentary on trends within the industry as well as a wide range of wine-related topics. Ed and the other talented writers also make regular use of video clips to spice up a post.

Wine and Walnuts, Wilmington, North Carolina
Kimberly blurs the line between food and wine blogging, a style that I love to read because I've always maintained that wine is food and doesn't need to be cordoned off.

Louisville Juice, Louisville, Kentucky
To be a wine lover in Bourbon country is a noble pursuit. Tom's one of the few winebloggers I know of that's made the transition from a prior blog in an unrelated subject, in this case a political blog.

Vine Geek, Austin, Texas
I've been chastised here a few times for sci-fi references and other trappings of the nerd life. Jim takes it a step further by invoking video games and even Dungeons & Dragons. Needless to say, this blog caught my attention like Paul-Muad'Dib grabbing Shai-Hulud with a maker hook.

Finally, a trio of food blogs from my hometown of Memphis, Tennessee:

The Chubby Vegetarian
I've mentioned this site here several times, but I don't think I've highlighted it. Over the past year, I've gotten lots of e-mails from readers who say, "I love your site--I bookmarked it and The Chubby Vegetarian!" They never say that about any other blog, testament to Justin's beautiful photography and recipes that can even make a carnivore salivate.

Hungry Memphis
This is a group blog run by The Memphis Flyer, our city's alt-weekly. Susan Ellis and others provide news, reviews, recipes, and commentary about the food scene here. I'm pretty sure it's also the only place online where you can passionately argue for or against the Midtown Schnuck's location and its idiosyncrasies.

Vegan Crunk
I was surprised to find such a vibrant group of vegetarian/vegan foodbloggers in Memphis, a town known for putting pork in everything. Bianca Phillips also writes for The Memphis Flyer, but this is an independent project with a lot of creative cooking. What other foodblogger has a photo of herself with the Dalai Lama in which he's giggling about her lip piercing?

Check out these great blogs, and on each of them you'll discover a dozen or more links to other sites I haven't explored or mentioned yet. Like what you read? Drop a comment or an e-mail and let 'em know.

Cheers, and thanks for reading!


P.S. Interested in WITS? E-mail me and let me know. Nothing solid yet, it's an idea that I've been bouncing around for a while.
Posted by Benito at 1:22 AM

Congratulations my friend!!! Hard to believe its been 5 years! Keep up the good work. Here's qishing you another 5 years of fun.

Thanks for all of your help over the years, and this has been a blast. It is hard to believe it's been this long... My little blog is running around, talking in complete sentences, and getting ready for kindergarten. :)

Congrats on your 5 years! That is really quite the accomplishment, so I'm bringing glass to lips right now, and toasting you with this lovely Carmenere I'm drinking this very moment. : )

And also, thanks so, so much for the shout out here on today's post. I totally wasn't exxpecting to see that, and it really, truly made my day. So I'm gonna go ahead and toast myself now too, what the hell!

Thanks for the kind words, and I'm glad you enjoy the site. And any day ending in -y is a good day to make a toast. :)

Cheers my friend! Keep on keepin on!

Cheers right back at ya, and let me know when the store remodel is completed.

Happy Birthday BWR! Dude I saw this and could not believe it has been a year since my silly blog was also featured here...amazing. I adore reading you and think of you as a dear friend, hell maybe one day we can even meet and I can give you that I hug, Champagne and bottle of Pastis I owe you.

Congratulations Benito, I'm in for reading for another 5 if you're up to writing.
Kisses,
Sam

I can give you that hug, Champagne and bottle of Pastis I owe you

Way to go on 5 years! I'm pretty sure (okay, 100% sure) I didn't know what a "blog" was 5 years ago. I've enjoyed the conversation this year; the exchange of comments; the mutual respect for food, bad movies, whisky, wine, and song.

Very humbled by the mention. I can vouch for the quality of those other Georgia boys (check out atlantawineguy.com too), and I'm eager to check out the other regional blogs! Also, love the idea of a "southern wine" logo!

Holler at me if you're ever headed this way, or if Delta routes you through Memphis with a long layover.

The whole WITS project is in its infancy, but there's a certain voice of the Southern Wineblogger that's worth noting. It's not an attempt to mimic California, it's not a matter of ridiculing our beer-drinking friends and neighbors. Frankly it's more important to celebrate the joy of food and fellowship regardless of the specific foods or beverages.

As I said, more on this subject later...

Samantha Sans Sausage...damn, too late to change it now. I will gladly pop my bresticles in at BWR, always something compelling to chat about round these parts.

It's a pleasure to find your blog. Jim from VineGeek recommended you. I'll add you to my reader and try to stop by regularly. Congrats on 5 years! That is quite an accomplishment.

Much appreciated, and I'll be checking out your site as well.

Hey Ben, I realized I never thanked you properly for including me here (Twitter doesn't count). I really appreciate it. Congrats on 5 years - that's quite an accomplishment - hope I make it that long!

My pleasure entirely, and I'm glad you snuck in a D&D reference right before I posted this. ;)

Your Mother and I are very proud of your work and dedication to wine, food, friends and family.

Thanks Dad, that means a lot to me. And double thanks for introducing me to wine many years ago.

I little late to the party this week, but better late than never I supposed.

Congrats on such great success and longevity with your blog. I am glad I finally discovered it.

Thanks for the mention... we'll try to continue to do the South proud.

Belated blog anniversary wishes Ben. My blog was five on Jan 5 but it passed without me remembering.