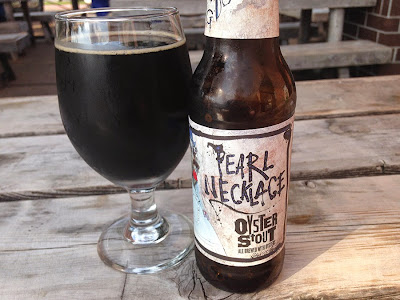 Part of me always thought that oyster stout might be an urban legend, one of those footnotes in a book that happens to get repeated and accepted as fact over time like the phantom island of Frisland. Beer brewing depends on cleanliness, so why would you throw a bunch of live oysters in there?

Years ago someone figured out that leftover oyster shells could be used as a clarifying agent, just like how fish bladders, milk, and bull's blood have been used to keep wines from being cloudy. And then someone started dumping in whole oysters, and a very odd drink was created. When making oyster stout, you open the bivalves and put them in during the wort boiling stage, and all solids are removed before fermentation.

While the concept seems a little repulsive (and I love oysters), I have always wanted to try one. I hadn't been to The Flying Saucer recently, but while meeting up with a friend I noticed an oyster stout on the menu. I knew I'd have to come back later and try it. 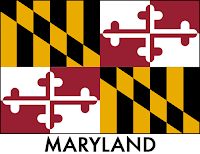 Made with local Rappahannock River oysters. Proceeds from the sale of this stout go to the Oyster Recovery Partnership that's working to regrow oyster beds in the Chesapeake Bay. As with all Flying Dog beers, the label contains the wonderfully twisted artwork of Ralph Steadman. And yes, go ahead and giggle at the name of the beer, but there's an added reference: the stout is made with Perle hops.

It's not particularly bitter, with more focus on dark malts leading to flavors of coffee and chocolate and toast. But I immediately detected the scent of oysters. It's not strong, it's more like eating oysters, taking a sip of beer, and realizing that the scent from your hands is on the glass and interfering with the aroma of the beer. As it warms up and you get to the bottom of the glass, the oyster flavor intensifies but is never the dominant note. 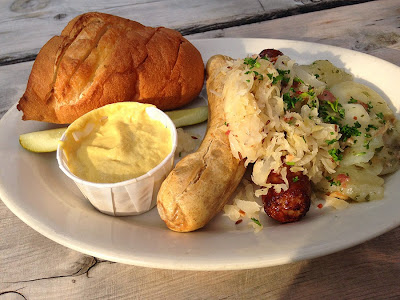 The biggest problem is the salt. I love salt when properly used. Here it imparts a briny note to the beer which is interesting but problematic, particularly when drinking the beer alongside pub grub. I'm certain that about 5 minutes after the discovery of beer the inventor figured out that serving salty food would encourage more beer consumption. My choice of two brats (Usinger's and a beer brat), sauerkraut, and hot German potato salad was perhaps not the best pairing, though still delicious with copious amounts of ice water.

I'm glad I tried the oyster stout, but I don't see myself returning to it in the future. I would encourage any curious beer lover to try at least one if you get the opportunity. Now, Wynkoop Brewing's Rocky Mountain Oyster Stout is a whole other ball of fun...
Posted by Unknown at 4:58 AM