9 years ago this little corner of the web fluttered to life, and I've managed to keep the lights on for nearly a decade. Thus a quarter of my earthly existence has been recorded on this blog in steady increments of three posts a week. Not just the jottings of wine reviews, but also major events such as this year's passing of Wolfgang and getting The Roommate married off. 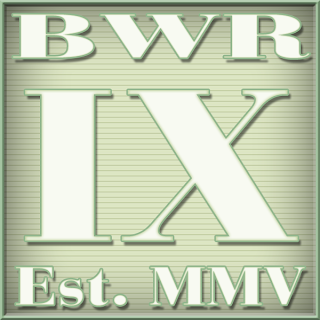 Despite living alone without humans or dogs for the first time since the mid-90s, 2013 was a year in which I found myself rejuvenated. After settling into a mechanical routine of getting samples and writing brief reviews, I had two transformative events happen early in the year. One was attending the Snooth PVA weekend in NYC, and then just a week later, being featured in The Wall Street Journal. It was also a year in which I continued to sell pieces to other websites, including becoming a columnist for Palate Press.

As I had become somewhat hermit-like in my writing in 2012, getting to spend time with my fellow Snooth PVA bloggers and network with them over the past year has really opened up my eyes to the opportunities and possibilities that are out there if you truly take the time to treat your writing more like a business than a hobby. I cherish my friendship with all of them and have grown as a writer based on our private discussions. On a related note, I got to enter into a long-term project with Microsoft as well as several other interesting endeavors that I can't quite make public yet. When approached by major corporations, I respond with the same friendly professionalism that I offer toward the smallest wineries that ask me to try their products, and I make it clear that I apply an even ethical standard outlined in my sample policy regardless of the size of the company, and I've had many productive business relationships based on that standard. In the digital age, your reputation is everything and will follow you beyond the grave. Stay clean and honest, and true to yourself, and you'll never have to defend your position. Your record will stand for you, and I am proud to stand by all 1,367 posts here.

Years ago I wondered if I would manage to stick it out for a full ten, and here at the nine mark I'm sitting on three months' worth of unpublished reviews that need to be fleshed out. I keep finding new things to write about, publicists keep sending me interesting products, I have deadlines with outside publications, and every once in a while I just find something wondrous that I like sharing with the readers. Now I find myself seriously considering if I need to pick up the pace to write about everything I want to discuss in the next twenty years. As I have done on anniversaries past, I thank you, the readers, for coming back time and time again. There's a joy in writing, but a greater joy in being read, and all of you make the work worth it. Thank you, thank you, thank you.

Cheers, and here's to another great year!
Posted by Unknown at 1:00 AM

Ben, there is no question that you are an ethical poster, and that is why you have stayed on top for nearly 10 years - you have the creds buddy! Thanks for all you do and here's to 10 more! Do you need an assistant? :-)

Hello there, mate! Another wine enthusiast here. Just stumbled on your blog and I'm having a good time browsing around here. Would you happen to have any reviews about Peter Lehmann wines?

I'd be thrilled to find out about yourtop 3 Peter Lehmann wines are.

Thanks and have a good day!

Thanks for the kind words! I'm not hiring, but you'd be surprised how many resumes I get from potential interns.

I haven't really tried any of his wines, just one at a birthday party years ago. I'll be on the lookout for them in the future!

Congratulations, my friend, your ideas and work ethic are a constant inspiration. Happy 9th Anniversary...

Nine years?
Wow, old-man, that's impressive!
I was giddy when you made the WSJ, I love it when the good ones get the credit they deserve.
It was great to meet you IRL at the Snooth event, and I'm looking forward to collaborating with you in the future.

Of course, I thank you as a long time inspiration and source of support.

Here's looking to our next opportunity to clink glasses together!