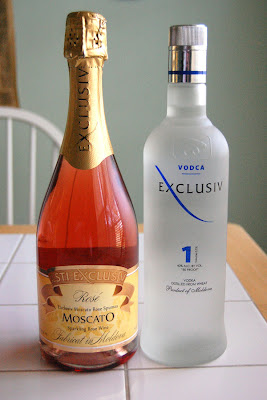 Moldova is a small country sandwiched between Ukraine and Romania, though historically, linguistically and culturally much closer to Romania and western Europe than the nearby Slavic nations of the former Soviet Union. Moldovan is a Romance language (practically the same as Romanian) and uses the Latin alphabet rather than Cyrillic. The history and geography are quite complicated due to different pieces of the modern country belonging to the Russian Empire, Kingdom of Romania, or the Soviet Union from the 1800s to WWII with the formation of the Moldavian SSR. It's also landlocked in what seems to be a purely punitive manner: the southeastern border near Odessa is just 2km/1.2 miles from an estuary of the Black Sea.

Although Moldova boasts five thousand years of wine production, there have been significant interruptions. 300 years of occupation by the Ottoman Empire, WWI, WWII, then half a century of making sweet wine and vodka for Russia, and most recently, since 2006 Russia has had a ban on Moldovan wine due to tensions over Transnistria. Losing their biggest export market meant that Moldovan winemakers had to look elsewhere for sales, which is how a bottle of bubbly and a bottle of vodka from Exclusiv ended up here in Memphis.

A friend asks, "How'd you get Moldovan wine and liquor?" I reply, "Well, it has a lot to do with the 1939 Molotov–Ribbentrop Pact and the Cession of Bessarabia. How much time have you got?"

Exclusiv Vodca
Distilled from wheat
$9, 40% abv.
Typing notes about vodka is always interesting, because you'll have an Absolut and a Polish wodka and now "Exclusiv Vodca", all fun for the spell check. The vodka is clean and neutral with a quick finish. Very mild notes of grain. I sampled it both at room temperature and after a few hours in the freezer, and it's much smoother at low temperatures. The real deal here is that you can get a frosted-glass bottle full of decent wheat vodka for under ten dollars, a third the price of its anserine competitor.

NV Esti Exclusiv Moscato Rosé
Made from Muscat grapes
$9, 10% abv.
I was excited to try this, but I was afraid that it would be incredibly sweet, or perhaps evoke some of the memories of my run-in with Советское Шампанское. But I was pleasantly surprised. Slightly musky nose with touches of ripe plum, classic Muscat aromas but with a deeper edge. Great acidity and not too sweet, great balance. Not cloying on the finish. Fascinating dark flavors and reminiscent of the plump muscadine grapes that grow wild here in the South. It's still sweet enough that I'd recommend it as a dessert wine, though if you're looking for an introduction to Eastern European wines you'll be hard pressed to find one that's a better crowd pleaser. The bottle's non-threatening, it tastes good, and the Italians have made the word "Moscato" a safe one for the wine novice. Really a fun bottle, and worth checking out if you get the opportunity.


Note: These bottles were received as samples.
Posted by Benito at 12:41 AM

fascinating. thanks for the history and geography lesson.