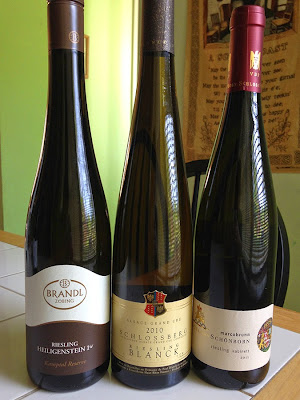 Recently I joined an online Twitter tasting focused on Riesling from three different countries: Germany, France, and Austria. During the tasting I pointed out that it was nice to be living in a time when people from all three countries could sit down and enjoy wine together in peace. Lots of people applauded and talked about Riesling being the wine that brings everyone together, but the historian in me notes that these regions were still drinking the same wine while fighting with each other over the past thousand years.

This has a lot to do with my curious fascination with the Thirty Years' War, a Catholic vs. Protestant conflict that ripped apart Europe for three decades in the 17th century and resulted in the deaths of 8 million people. It doesn't get talked about a lot here in the United States because it is not well understood and doesn't have a direct influence on the founding of our country. In Germany alone, a third of the population died. It throws a lot of modern conflicts into perspective. For anyone keeping score, France and the regions now known as Germany were on the Protestant side while Austria was on the Catholic side. Obviously allegiances changed over the centuries, but I am glad that now they merely argue about EU regulations that define bent and straight bananas. 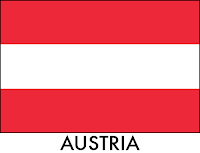 Light pear and quince aromas. Just a touch of sweetness. Highly mineral. Austria is best known for Grüner Veltliner but some amazing Rieslings are made there as well, and this is a great bargain. Highly recommended.

This one opens up with a scent of green apples and a touch of lemon. It is the sweetest of the three and while an excellent example of the kind of sweet, low-alcohol German Riesling, I just happened to not be in the mood for it that evening. Later in the year with some Thai food, this would be a perfect pairing. 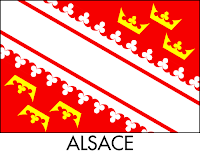 Enchanting nose of golden delicious apple and ginger with a hint of flowers in the background. Light and balanced with just the right amount of acidity, and my favorite of the group. Serve with cheese and crackers on a hot summer day while watching a movie and avoiding the sweltering humidity of Memphis. As I type these words, it is 38ºC/100ºF here in the River City and I, like many of my fellow citizens, am ready for fall to arrive.