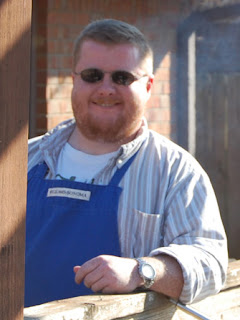 "Who is this Benito guy?"

I smiled as I overheard that at a wine tasting in 2006, when I could still lurk around in anonymity.  I started this blog in January of 2005 merely as a way to keep notes on the wines I was tasting at the time, and I was tasting a lot.  If there was a free tasting somewhere in the city, I was there, giving myself a quick and dirty self-education in the world of fermented grapes.

I had no desire at the time to be well-known, so I just used the nickname Benito.   I'm really Ben Carter, but the name Ben is surprisingly difficult to use around the world.  Benjamin is a Hebrew name that almost never gets translated, and besides, if anyone calls me that I feel like I'm a little kid getting in trouble.  Nearly every language has a phonetic "ben" that means something different, and gets confusing in conversation.  So in Italy I just started using Benito, the diminutive of Benedicto.  Suddenly nobody had a problem saying my name, and then I discovered that it worked better with all sorts of languages.  Two extra syllables, and I don't have to repeat myself a dozen times.

I stayed mostly anonymous in 2005 and 2006, until local readers here in my hometown of Memphis, Tennessee finally figured it out. So I added my real name and contact information, and discovered that writing is a lot more fun when you're out in the open. I kept the Benito name just because it was fun, and served as a good brand for the site. Now, back in 2005, there were maybe a hundred wine blogs, and most of those are dead at this point. Today there's well over a thousand, and that's just the English language blogs. There's a similar explosion in content happening around the world. I'm in an odd position that I'm still fairly young--I started the blog at the age of 28--but that due to my tenure I'm one of the old veterans. Joe Herrig over at Suburban Wino called me a "silverback", a title I wear with pride, and not just because of the grey hairs that are beginning to appear in my beard.

I don't claim to be a wine expert, but I've tried a lot of wines, taken a lot of notes, and studied up on the subject to better understand what's in the glass.  I stopped counting around 3,000 bottles, but here are some stats that display my interest in tasting the wide world of wine.  I've tried wines from 27 countries, 16 states in the US, and over 150 different grapes. 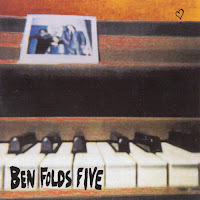 Ben Folds said it best in his classic "My Philosophy" from the 1995 Ben Folds Five album.

I never had a mission statement or plan for this thing, but I've developed a philosophy about wine over the years: